West Side Project to Replace Nearly 6,000 Feet of Lead Pipes 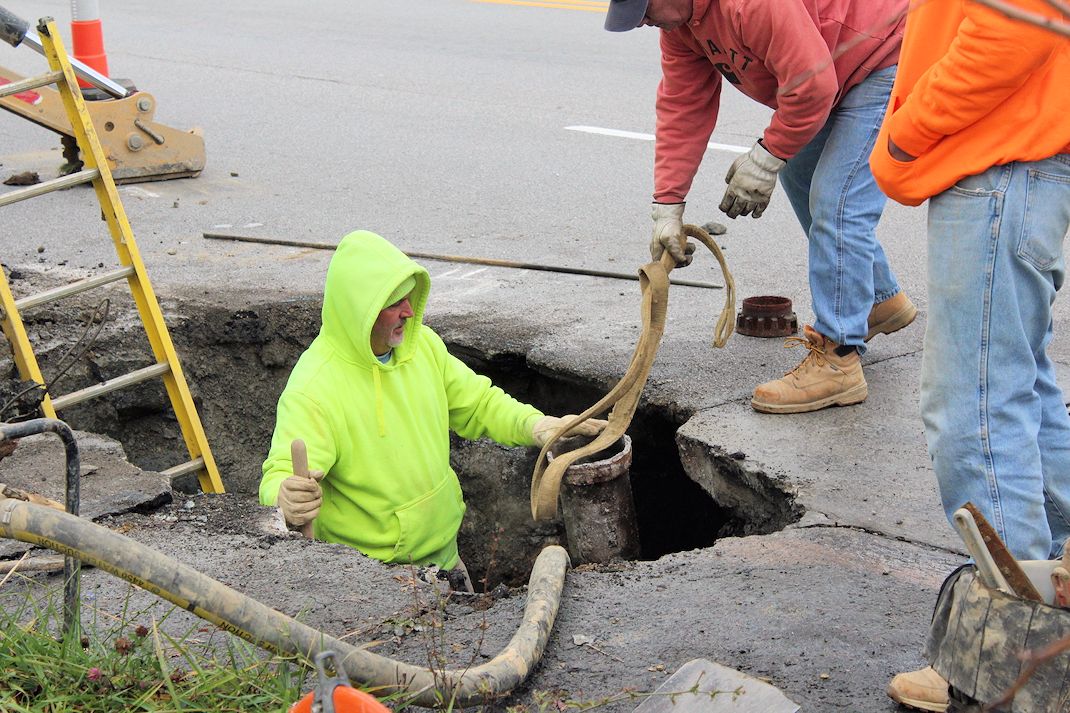 Work on the lead pipe replacement project is expected to start next year.

Work is expected to start early next year on a project to remove the lead pipelines supplying water to more than 100 homes on Youngstown’s West Side and replace them with safe, clean copper and ductile iron pipelines.

Allocations of more than $2.2 million from the City’s American Rescue Plan funds will fix this issue on Eddie and Roy streets and Hazelwood Avenue, as well as surrounding homes. All told, approximately 5,840 feet of waterlines will be replaced.

“In addition to other neighborhoods where there are homes with lead in their water that we plan to get rid of, we’ve had a number of breaks in that particular area,” said Harry Johnson, water commissioner.

“That’s why we really started looking in that area, but also because it’s an underserved area.”

Lead in water pipes has been associated with many health issues, as well as impaired mental and physical development.

“It’s a moral imperative that no child and no family should have to drink water” that comes from lead pipes, Michael Regan, administrator of the U.S. Environmental Protection Agency, said during a visit to Youngstown last April (see story link below).

But addressing the issue is costly, and the City had made only slow process on removing lead pipes until the American Rescue Plan Act was passed.

The City originally committed $1.6 million in ARP funds for the Eddie-Roy-Hazelwood project, but later raised the amount when the cost of new materials skyrocketed.

More recently, a smaller batch of federal funding has been approved for clean water. Some $71 million is dedicated to lead pipe and service line replacement across Ohio, with another $45 million set aside for drinking water investments that can also support lead pipe replacement.

The committee distributing the City’s ARP funds “is talking about doing these (lead-removal) projects more throughout the City,” Johnson said.

“At this point, no additional money has been approved, but we do have our eyes set on other locations we want to tackle.”