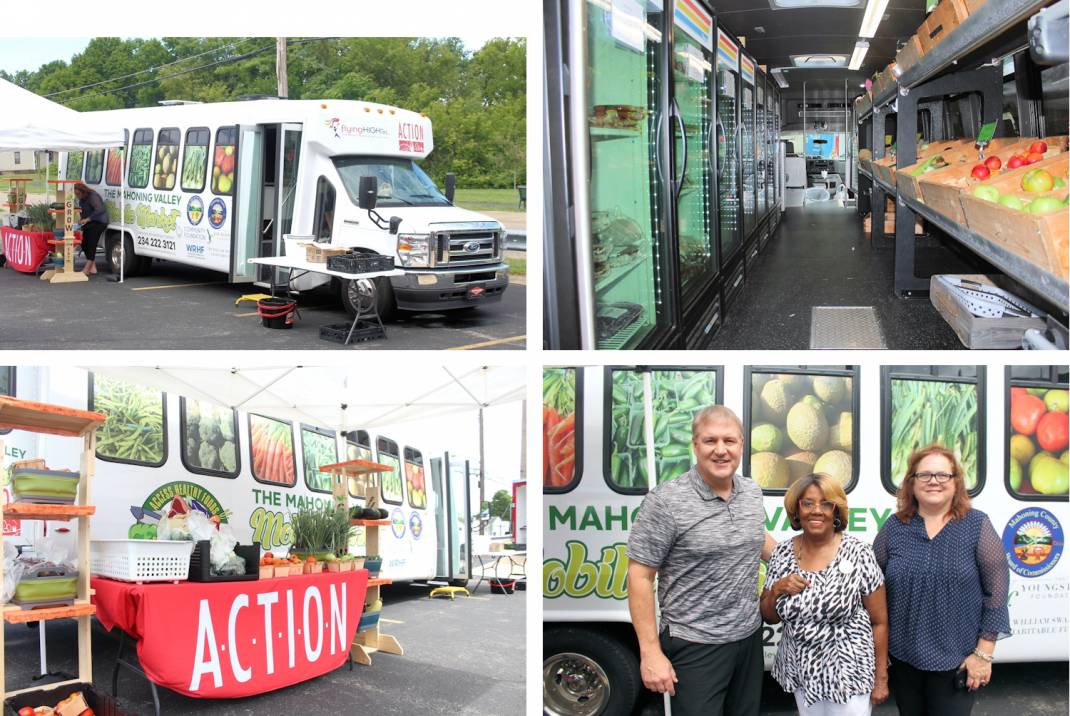 The Mahoning Valley Mobile Market has delivered a burst of acceleration to efforts to support the thousands of Youngstown residents living in “food deserts.”

Fueled in part by $129,000 in American Rescue Plan funds from the City of Youngstown, the grocery store on wheels has brought fresh meats, fruits, vegetables and more to at least three locations a week –nine some weeks -- since early May. More than 1,100 individuals shopped the 28-foot truck during its first four months on the road.

“Sometimes you find out what is needed by how the community responds to it. It’s better than any of us expected,” said Jeff Magada, executive director at Flying HIGH, which, along with ACTION (Alliance for Congregational Transformation Influencing Our Neighborhoods), co-manage the market.

The ARP funds and grants from other sources enabled the two nonprofits to secure the mobile market, an upgrade from a previous effort that relied on once-a-week pop-up markets to bring food to lower-income neighborhoods.

Now, ACTION and Flying HIGH are not just open more often, but they are bringing a broader volume of food – beef, pork and chicken in freezers aboard the truck, in addition to the produce lineup sold at the weekly markets in years past. Starting in October, the mobile market will start visiting additional senior citizens centers.

“When we see a need, we go to that place to make sure that need is filled,” said Rose Carter, executive director of ACTION. “The great thing is anybody can shop. You can use an EBT card, vouchers, food stamps, cash, credit cards, whatever. All of our proceeds go back in the truck.”

For decades, many neighborhoods in Youngstown have been formally designated by the U.S. Department of Agriculture as food deserts – low-income Census tracts in which substantial shares of residents do not have easy access to a large grocery store. The issue was exacerbated by the mortgage crisis of 2007-09, which led to many foreclosures and intensified poverty.

In 2010, city leaders landed a huge win in the long-running effort to serve these areas with support for Bottom Dollar, a grocery operator that opened stores on Glenwood Avenue, Midlothian Boulevard and Mahoning Avenue in the city. But within four years, all three stores had gone out of business.

The weekly pop-up markets started in 2019, and the arrival of the American Rescue Plan funds helped to enable the upgrade to the mobile market.

The ARP funding was part of more than $500,000 ACTION and Flying HIGH raised in just six months for the project, including almost $150,000 set aside to buy $25 food vouchers for low-income residents to use at the market.

“One day last year, Jeff and I looked at each other and said, ‘There has to be a way in order for us to get food to our people.’ So, we set up pop-up markets all over the city,” Carter said. “It went very well, but there were still vulnerable people that were not able to get to our markets. Jeff and I then said, ‘Let’s take it to them.’”